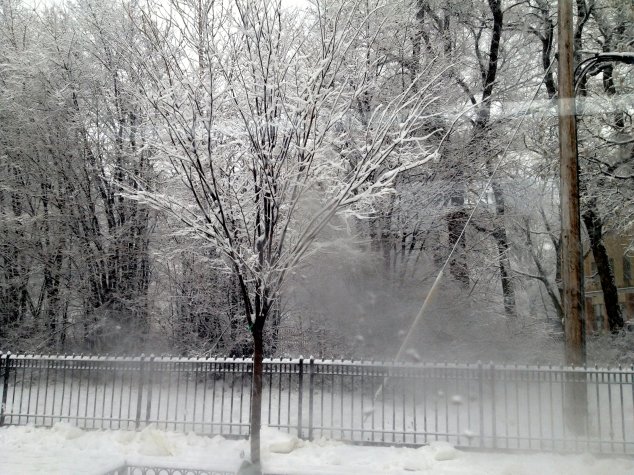 This week has been a doozy. We were able to take our very cooped-up kids out for a bit over the weekend, but the cold and snow came back with a vengeance Sunday night, and we’ve been fighting the bad weather blues ever since. My commutes have been long and frustrating, with truncated workdays and late returns home throwing us all off schedule, but the one thing we’ve been really grateful for is the promise of a good, hearty meal at the end of the day.

We were the lucky recipients of another delicious “meal train” dinner Monday night, and yesterday I put a new spin on an old favorite: Lemon Artichoke Chicken by our friend Liz. Liz’ original recipe is one of those wonderful dishes that is simple enough for a weeknight, but elegant enough for company. We usually love it served simply with salad and bread, but last night, craving something a little more rib-sticking, I decided to make a few modifications.

The first of them was unintentional, but a happy accident: instead of the skinless, boneless chicken breasts the recipe calls for, Mike had pulled some boned-out thighs from the freezer. They were thin enough that they didn’t need pounding, and in the end they lent a more robust flavor to the finished dish. 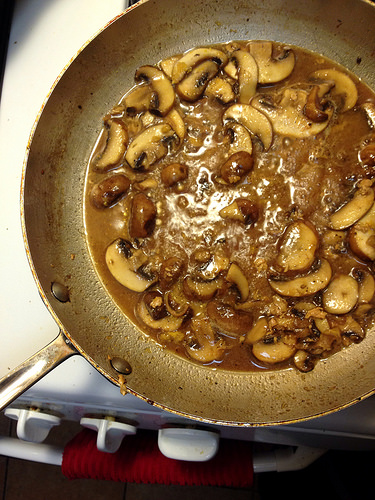 After browning the chicken well on both sides, I removed it from the pan and added some sliced crimini mushrooms I needed to use up, as well as a good amount of thyme. I deglazed the pan with the juice of a lemon, and a hefty splash of vermouth in place of the sherry since it was what we had on hand, then I added a can of drained white beans along with the artichoke hearts. I put the browned chicken right back into the pan with the beans, artichokes, mushrooms and sauce, added the panko-parmesan topping, drizzled on some olive oil and then put the whole thing into a hot oven. I ended up baking this for about 40 minutes at 400 degrees, until it was bubbly and browned on top. 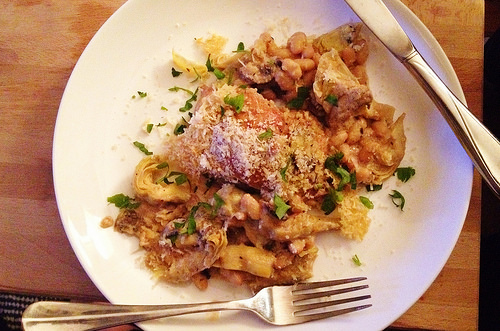 While my variation of this dish isn’t going to win any beauty contests, it hit all the right notes, with its creamy beans, tender chicken and artichokes, the crunch of the panko and the brightness of lemon. The fact that it all came together in one pan was a bonus. Thank you, Liz, for your recipe and for the inspiration – it was a very good place to start.

3 thoughts on “a good place to start”